World’s Richest Have Lost $1.4 Trillion In 2022 After Rapid Gains 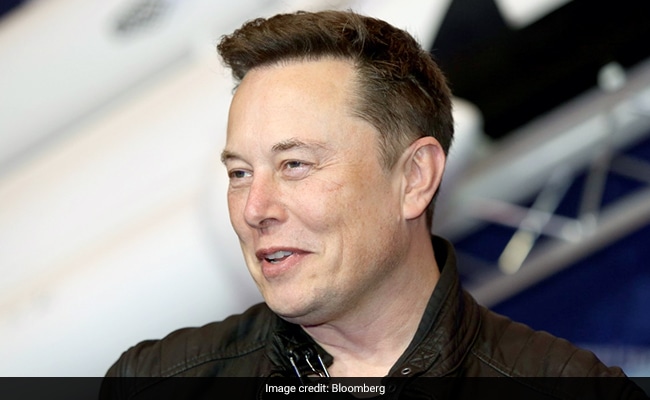 Even among the world’s high-net-worth individuals, the very rich saw the most benefits.

The 500 wealthiest people in the world have lost a combined $1.4 trillion this year, including $206 billion on Monday alone, according to the Bloomberg Billionaires Index, as global financial markets buckle under the weight of higher interest rates and inflation anxiety.

The data show that the ranks of the wealthy in Asia-Pacific increased just 4.2% — trailing Europe and falling further behind North America after dominating the growth of rich people for the past decade.

China’s crackdown on technology companies and a cooling real estate market was partly the cause, but it also reflected the ferocious gains in the US stock market, which helped inflate everything from cryptocurrencies to property values. That’s now rapidly reversing as inflation has spiraled, prompting concerns over how sharply the Federal Reserve will raise rates. 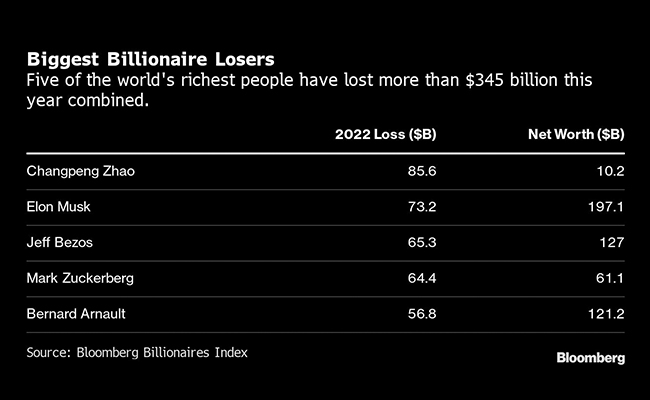 Still, the Capgemini report illustrates just how much the Covid-19 pandemic and monetary response benefited the economically elite and where they predominantly reside.

The US, Japan, China and Germany remain among the top countries where most of the world’s wealthy live. The four are home to almost 64% of high-net-worth individuals globally, Capgemini’s report showed.

What’s more, even among the world’s high-net-worth individuals, the very rich saw the most benefits. People with investable assets of $30 million or more saw their wealth expand 9.6% compared with 2020, the fastest pace among the cohorts studied by the report. Those with $1 million to $5 million – defined as “millionaires next door” – had the slowest wealth growth at 7.8%.

The report also highlighted how women across all brackets are set to inherit 70% of global fortunes over the next two generations. The massive wealth created from sky-high valuations of tech companies and startups also gave rise to more young and rich individuals, including in the crypto space.

Of course, that rapid ascent is now under seige as Bitcoin, Ether and the rest of the crypto space tumbles and tech startups find raising new capital is about to get a lot more costly.