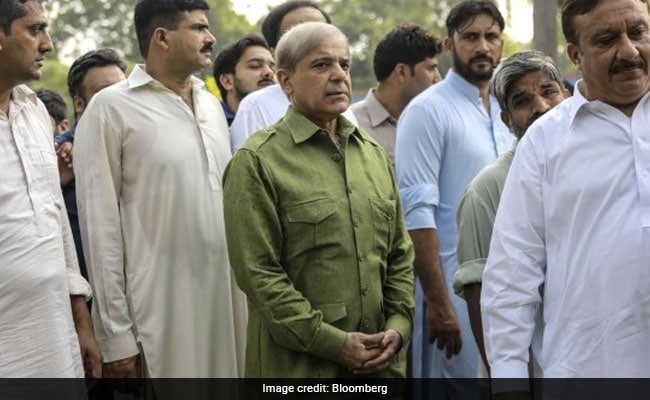 Parts of Pakistan are experiencing planned blackouts of more than 12 hours.

Europe’s campaign to quit Russian fuel is designed to punish Moscow for its invasion of Ukraine. It’s also wreaking havoc thousands of miles away from the conflict, plunging Pakistan into darkness, undermining one regime and threatening the stability of the country’s new leadership.

A decade ago, the world’s fifth-most populous country took specific steps to insulate itself from the kinds of violent price spikes that are roiling the market today. It made a massive investment in liquified natural gas and signed long-term contracts with suppliers in Italy and Qatar. Now some of those suppliers have defaulted, though they continue to sell into the more lucrative European market, leaving Pakistan in exactly the position it tried so hard to avoid.

In order to avoid blackouts during the Eid holiday last month, the government paid nearly $100 million to procure a single LNG shipment from the spot market, a record for the cash-strapped nation. In the fiscal year ending July, the country’s costs for LNG could top $5 billion, twice what they were a year ago. Even so, the government can’t cushion the blow for its citizens: The International Monetary Fund is in talks to bail out the nation with a key condition that it cuts fuel and electricity subsidies.

Now parts of Pakistan are experiencing planned blackouts of more than 12 hours, limiting the effectiveness of air conditioning to offer relief during the ongoing heatwave. The previous prime minister continues to draw large crowds to rallies and protests, amplifying citizens’ anger about inflation that’s rising at 13.8%. Prime-time talk show hosts regularly discuss how Pakistan will get the fuel it needs, and how much it will have to pay.

Last week, the government announced a new raft of energy-saving measures. Civil servants were released from regular Saturday shifts, and the budget for security personnel was slashed 50%.

“I am acutely aware of the hardships people are facing,” Prime Minister Shehbaz Sharif said in a tweet in April ahead of the Eid holiday. He ordered his government to resume purchasing expensive overseas natural gas shipments that same week. And earlier this month he warned that they don’t have enough money to continue buying gas from overseas.

The supply crunch will go beyond blackouts. The government has redirected existing natural gas supplies to power plants, short-changing fertilizer makers that depend on the fuel as a feedstock. That move could threaten the next harvest, leading to even higher food costs next year. Cellphone towers are using backup generators to sustain service through the blackouts, but they too are running out of fuel.

There’s little reprieve on the horizon. The cost of LNG has surged by more than 1,000% in the last two years, first on post-pandemic demand, then on the Russia invasion of Ukraine. Russia is Europe’s biggest supplier of natural gas, and the threat of supply disruptions sent spot rates to a record in March.

Meanwhile, Europe has been demanding more and more LNG. So far this year, Europe’s LNG imports are up 50% from the same period last year and aren’t showing any sign of slowing down. Policymakers in the European Union drafted a plan to significantly increase LNG deliveries as an alternative to Russian gas as they break ties with President Vladimir Putin’s regime over the war in Ukraine. Countries like Germany and the Netherlands are fast-tracking the construction of floating import terminals, with the first ones slated to start within the next six months.

“Europe is sucking LNG” from the world, said Steve Hill, executive vice president at Shell Plc, the world’s top trader of the fuel. “But that means less LNG will go to developing markets.”

Not long ago, Pakistan represented the future for the LNG industry. By the mid-2010s, demand for the fuel, gas cooled to 162 degrees Celsius so it can be shipped around the world via tanker, had plateaued in developed markets. But technological advancements had brought down the costs and construction times for import terminals, and new gas fields cut the prices of the fuel itself.

At the new, lower prices, poorer countries could finally consider the fuel. Suppliers set their sights on these new markets, and when Pakistan issued a tender for long-term LNG supplies, more than a dozen companies bid for its business.

In 2017, Pakistan selected Italy’s Eni SpA and trading house Gunvor Group Ltd to supply the country with LNG into the next decade. At the time, the terms were considered good, and the prices were lower than a similar contract signed with Qatar the previous year.

Now, though, the two suppliers have canceled more than a dozen shipments scheduled for delivery from October 2021 through June 2022, coinciding with the surge in European gas prices.

Such defaults are almost unheard of in the LNG industry, said Bruce Robertson, an analyst at the Institute for Energy Economics and Financial Analysis. Traders and industry insiders interviewed by Bloomberg couldn’t remember the last time so many cargoes were scrapped without being directly related to a major outage at an export facility.

Eni and Gunvor have said they had to cancel because they’re facing their own shortages and don’t have the LNG to send to Pakistan. Typically when exporters face those kinds of challenges, they replace the deliveries by buying a shipment on the spot market, but Eni and Gunvor haven’t done that.

Gunvor declined to comment for this story. Eni’s supplier didn’t meet their obligation, and was therefore forced to default on shipments to Pakistan, the Italian company said in an emailed statement, also noting that it did not take advantage or benefit from the cancellations and applied all contractual provisions to manage such disruptions.

Suppliers are usually loathe to cancel. It damages the business relationship, and it’s often very, very expensive. Developed markets typically demand “failure to deliver” penalties of up to 100%. According to Valery Chow, an analyst at Wood Mackenzie Ltd., “it’s very rare for LNG suppliers to renege on long-term contracts beyond force majeure events.”

Pakistan’s contracts called for a more modest 30% penalty for cancellation, most likely in exchange for lower prices overall. At this point, prices in the European spot market are high enough to more than offset those penalties. An LNG shipment for May delivery to Pakistan via a long-term contract would cost $12 per million British thermal units, according to Bloomberg calculations. For comparison, a May delivery spot cargoes to Europe were being traded at over $30. Eni and Gunvor have continued to meet their commitments to clients there.

So now Pakistan is back to the drawing board, in a worse negotiating position than before. Prime Minister Imran Khan was ousted in April after a fallout with Pakistan’s army over a range of issues, including his management of energy supplies and the larger economy.

The new prime minister, Shehbaz Sharif, has ordered the state-owned importer to procure the fuel at any cost to halt the crippling blackouts. It’s also trying to negotiate new long-term LNG purchase agreements, though the terms will certainly be worse than they were six years ago. The government “will go for the most favorable deal,” the Ministry of Energy said in a statement to Bloomberg News.

The expense is creating its own knock-on effects. The country is now “at high risk of default,” the Institute for Energy Economics and Financial Analysis said in a note published last month. Moody’s Investors Service downgraded its outlook on Pakistan to negative from stable, citing financial concerns that includes a delay in an IMF bailout.

Pakistan’s reliance on LNG and its suppliers’ willingness to default has worsened the energy crisis in the country. And Pakistan isn’t alone. Emerging nations around the world are struggling to meet the needs of their citizens within the constraints of their budgets.

It’s also driven them to buy energy from Russia, dampening the effects of Europe’s efforts to cut them off.

In the face of financial crisis and massive oil shortages, Sri Lanka has turned to Russia to procure fuel. Pakistan is also exploring long-term contracts with Russian LNG suppliers. India has already boosted purchases from Russia, a trend that may accelerate. In response to the blistering summer heat, the government has ordered power plants to buy fuel from overseas.

Pakistan’s woes also bode poorly for other cash-strapped importers, including Bangladesh and Myanmar. The state-owned utility in Bangladesh recently procured the nation’s most expensive LNG shipments from the spot market to keep the grids running and industries stocked, while Myanmar has halted imports for the last year due to the run-up in prices.

Europe’s massive shift may prompt other countries, like India and Ghana, to rethink long-held plans to increase dependence on the super-chilled fuel. Governments would instead double down on dirtier-burning coal or oil, frustrating efforts to reach ambitious pollution-reduction targets this decade.

In a recent note, Fereidun Fesharaki, chairman of industry consultant FGE, sharply criticized European energy policies for creating “higher prices, economic scarcity and economic misery” around the world. “It is ok for Europe to decide what they want within their borders,” he wrote. “But it is unfair and unreasonable to export the mess abroad, especially to the developing world.”

World’s Richest Have Lost $1.4 Trillion In 2022 After Rapid Gains

World's Richest Have Lost $1.4 Trillion In 2022 After Rapid Gains