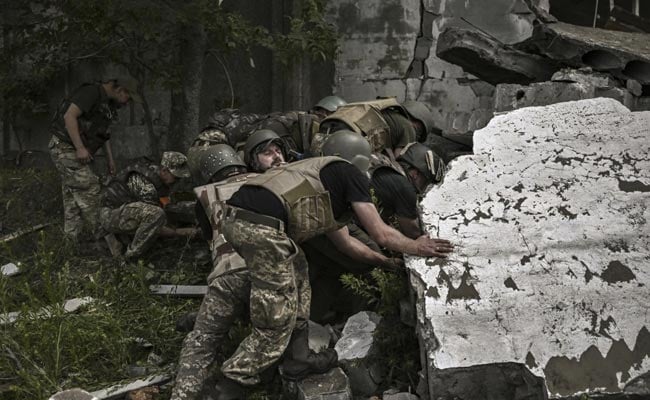 Russia-Ukraine War: Another 1,779 have left Ukraine, Russia said in a statement.

Russia on Friday said that close to 2,000 foreign mercenaries have been killed in Ukraine since the start of Moscow’s military intervention in the pro-Western country.

Russia’s defence ministry said in a statement that 6,956 “mercenaries and weapons specialists” from 64 countries had arrived in Ukraine since the start of the conflict and that “1,956 have already been destroyed”.

Another 1,779 have left Ukraine, the statement said.

It said that Poland was the “absolute leader” among European countries for the number of fighters that were sent to Ukraine, followed by Romania and Britain.

It also singled out “mercenaries” from Canada, the United States and the Caucasus nation of Georgia.

The ministry said the number of foreign fighters is decreasing and many are leaving Ukraine “against the backdrop of the growing number of military failures of the Kyiv regime and massive daily losses in manpower and equipment”.

On February 24, Russian President Vladimir Putin sent troops to Ukraine to “de-militarise” and “de-nazify” the country.

A European official said in April that up to 20,000 mercenaries from the Russian private military company the Wagner Group, as well as from Syria and Libya, were fighting alongside Moscow’s forces in Ukraine.

Earlier this month, separatist authorities in eastern Ukraine sentenced captured British citizens Aiden Aslin and Shaun Pinner and Brahim Saadun from Morocco to death for acting as mercenaries and attempting to overthrow the government.