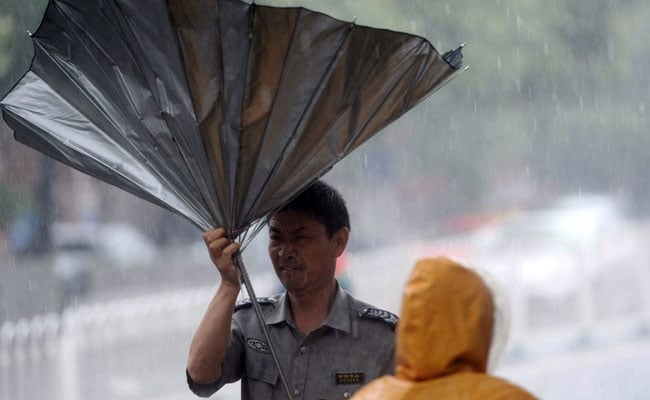 A rare convergence in China of record rainfall, heatwaves and a tornado hitting the southern megacity of Guangzhou this week displaced millions of people, damaged properties and swamped farmland.

Southern China is expected to see torrential rains until Tuesday, Chinese state television reported on Friday, with no immediate reprieve to the vast and populous region inundated by downpours in the past week.

Authorities issued warnings of “extreme weather events” as early as April, ahead of the rainy season that signals seasonal transition from spring to summer in June.

China is historically prone to floods. In recent times, it has grown even more vulnerable due to deforestation, the reclamation of wetlands and the storage of water for power generation and irrigation.

“Climate change has already brought serious adverse impacts to China’s natural ecological system, and has continued to spread and penetrate into economy and society,” the government said in its national climate change adaptation strategy published on Monday.

Late Thursday, a tornado ripped through parts of Guangzhou during a heavy rainstorm, local media reported, cutting off power supply to over 5,400 users in the sprawling southern city.

An observation site in the city recorded a 2.45-metre (six feet) high wave on Tuesday, the highest in 20 years.

The weather bureau in nearby Fujian province on Thursday warned that recent record-breaking rainfall would persist into next week, posing high risk of natural disasters.

Disaster warnings sent out by other provinces this week have prompted emergency relief efforts as city streets lay submerged in water, highway access was cut off, and acres of farmland was swamped.

The abnormally warm weather has already enveloped the Henan capital of Zhengzhou, which was hit by record rainfall and paralysed by devastating floods last summer.