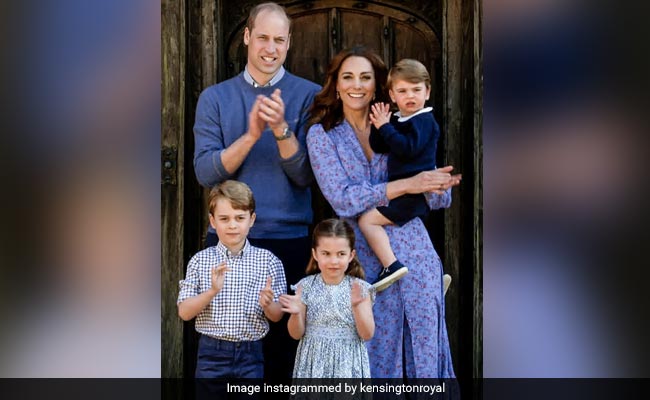 The Duke and Duchess of Cambridge are currently based out of Kensington Palace in London.

Prince William, the Duke of Cambridge, plans to move his family into a cottage on his grandmother Queen Elizabeth II’s Windsor Castle estate to be closer to the 96-year-old monarch and royal officials, according to UK media reports on Tuesday.

Prince William, the second in line to the British throne who turns 40 next week, will make the move with wife Kate Middleton in the coming weeks ahead of their three children – Prince George, 8, Princess Charlotte, 7, and Prince Louis, 4 – beginning their new school terms from September.

According to ‘The Sun’ newspaper, the family will not have any live-in staff at their new four-bedroom Adelaide Cottage home, which is within walking distance of the Queen’s own residence in the castle.

The Duke and Duchess of Cambridge, currently based out of Kensington Palace in London, decided to shift to the new home in Berkshire to also be close to Kate’s own Middleton family in Bucklebury. Being on the royal estate, it would not require additional taxpayer funded security and the couple will reportedly pay rent on the Crown Estate property privately.

“Kate and William were very keen for a modest home to start their new lives in Windsor,” a source close to the royal couple was quotes as saying.

“Adelaide Cottage fits the bill because it is a four-bedroom home and they do not need any more as they have no live-in staff. They were adamant they didn’t want anything too showy or anything that needed renovating or extra security so as not to be a burden on the taxpayer,” the source said.

“The added bonus is they can send George, Charlotte and Louis to school together locally. The three children will enjoy running around and playing in the gardens, which is the kind of life they enjoy so much when at Anmer Hall. They had no other demands than a pleasant family home close to schools and the Queen,” the source added.

While Anmer Hall in Norfolk will remain their family country retreat, the Kensington Palace apartments will be repurposed as staff offices, the newspaper reports.

The move to Windsor will allow the family to spend more time with the Queen and for William to keep in close contact with his grandmother, who has been undergoing some age-related mobility issues, and her closest aides.

The relatively modest cottage, which also has a two-bedroom lodge next door, was built in 1839 and named in honour of Queen Adelaide, wife of William IV. It was loved by Queen Victoria and Prince Albert, who would take their children there in the summer to enjoy private relaxation.

The property is near Frogmore Cottage, which Harry and Meghan, the Duke and Duchess of Sussex, continue to call their home in the UK after relocating to the US.

“Russia Doesn’t Have The Capacity To Capture All Of Ukraine”: US Official

“It Was A Done Deal”: Man Swallowed By Humpback Whale In US Describes Encounter

"It Was A Done Deal": Man Swallowed By Humpback Whale In US Describes Encounter