“It Was A Done Deal”: Man Swallowed By Humpback Whale In US Describes Encounter 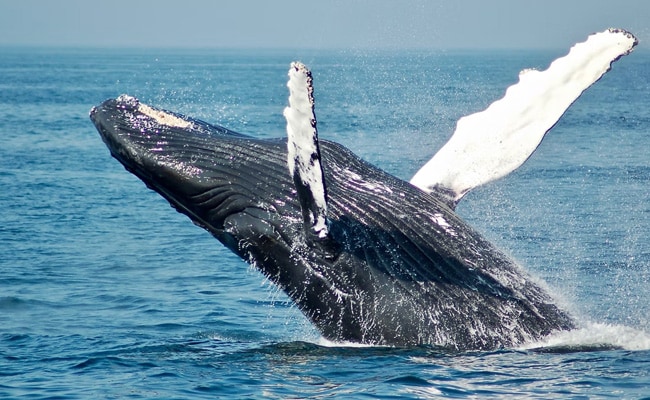 A man from the United States has recalled how he nearly died last year, after being swallowed by a giant humpback whale.

Back in June 2021, Michael Packard from Massachusetts discussed how he was trapped inside a humpback whale’s mouth for approximately 40 seconds. Back then, in an interview with Cape Cod Times, he had noted that when he went into the water for a dive, he was about 10 feet from the bottom, before being swallowed whole by the mammal.

Now, one year later, Mr Packard, who is a veteran lobster diver, has again spoken about how the incident happened, acknowledging how it occurred on “just a normal day”.

Speaking to Cape Cod Times, Mr Packard explained, “I get in the water and I did two dives. And then (on the) third dive, I dove down and I was descending to the bottom. And I was just about to the bottom. And I just got slammed. Just like a freight train … and then all of a sudden it went black.”

He remembered how the water was just rushing around him, as he was moving through it “wicked fast,” and he could “feel pressure on (his) whole body”. He revealed that as he was still in the giant whale’s mouth, his breathing device had fallen out, which he tried to grab, as he was worried that this was how he was going “to die”.

“I’m thinking to myself, ‘This is it, Michael. This is it. This is how you die,'” he continued. “And I was 100 per cent sure that I wouldn’t get out of this situation. It was a done deal, and I thought about my kids, and my wife.”

However, fortunately, Mr Packard told the outlet that he ultimately got out of the whale’s mouth, as the mammal started going up to the surface and “shaking his head”. The whale got all erratic, he said, adding, “And then boom! I f***ing fly out of his mouth. And I’m like, ‘Oh my god.'”

Mr Packard further went on to say that once he was floating on the surface, he thought about how grateful he was that his “lungs didn’t explode,” while in the whale’s mouth.