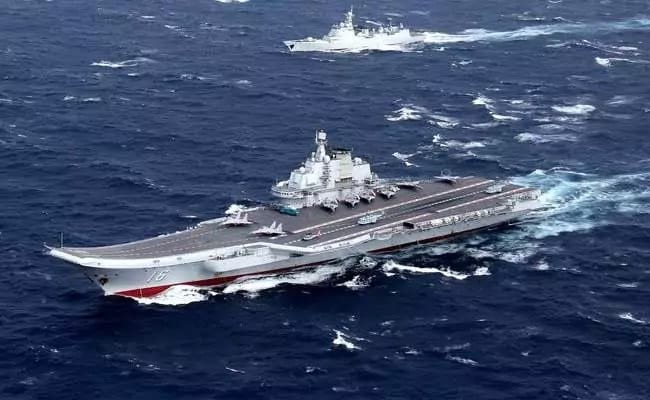 China today launched its third aircraft carrier, the country’s most advanced as well as the first “fully domestically” built naval vessel, as Beijing sought to extend the range of its navy in the Indo-Pacific region.

The aircraft carrier named Fujian was launched at a brief ceremony held at the Shanghai shipyard, official media reported.

The launch was delayed by two months due to the COVID-19 lockdown in Shanghai. It was due to be launched on April 23 around the 73rd anniversary of the People’s Liberation Army Navy.

The third aircraft carrier built by China State Shipbuilding Corporation Ltd has a displacement of more than 80,000 tonnes and is equipped with electromagnetic catapults and arresting devices, state-run Global Times reported. The aircraft carrier has the name of China’s eastern coastal province of Fujian.

China’s first aircraft carrier, the Liaoning, was a refit of a Soviet-era ship commissioned in 2012, followed by the indigenously built second aircraft carrier Shandong in 2019.

A launch and naming ceremony was held at about 11 am, when the naming certificate of the vessel was given to the top officer to receive delivery of the aircraft carrier.

Officials then cut the ribbon marking the launch of the third aircraft carrier, after which the vessel left the dock, concluding the ceremony.

The Fujian, which is the “first fully domestically developed and constructed” aircraft carrier with catapults, has a flat, straight flight deck equipped with electromagnetic catapults and arresting devices, and has a full displacement of more than 80,000 tonnes, the report said.

After the launch, the carrier will start mooring trials and sea trials.

Xu Qiliang, a member of the political bureau of the ruling Communist Party of China Central Committee and vice-chairman of the Central Military Commission, attended the ceremony.

It is the most advanced aircraft carrier built by China, state broadcaster CCTV reported. The Type 003 warship with a hull number of 18, is the first carrier in China’s fleet to use an electromagnetic catapult to launch planes from the deck, which is faster than the older steam catapult system.