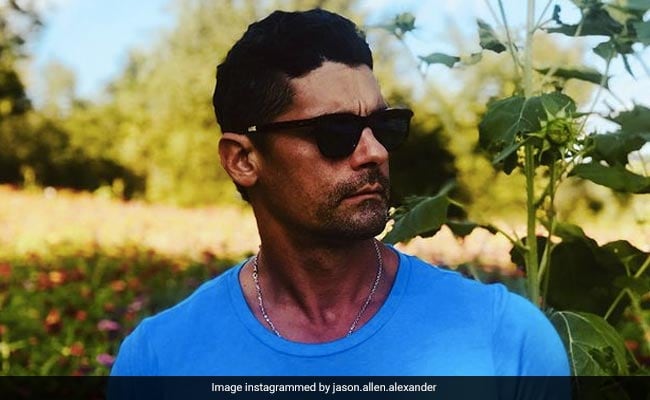 Jason Allen Alexander pled not guilty to the charges, and the judge issued a restraining order.

A US court charged Britney Spears’ ex-husband with a felony count of stalking on Monday after he attempted to gatecrash the pop princess’ wedding in southern California, which he had live-streamed on Instagram.

Spears and her longtime partner Sam Asghari were preparing to wed Thursday in her home in Thousand Oaks, California, when the proceedings were interrupted.

Jason Allen Alexander, a childhood friend the 40-year-old singer was very briefly married to in 2004, crashed the sun-soaked event, sparking a police response.

According to court filings in Ventura County’s court, Alexander was charged with a felony count of stalking, as well as misdemeanors counts of trespassing, vandalism and battery.

The 40-year-old Louisiana native — who had appeared in court via Zoom from jail — pled not guilty to the charges, and the judge issued a restraining order requiring Alexander to stay 100 yards from Spears.

His bail was also set at $100,000, and a hearing is next scheduled for Wednesday.

Spears’ attorney Mathew Rosengart told reporters he was “pleased” by how the sheriff’s office responded to Alexander’s intrusion.

“This is a serious matter, this is not a ‘wedding crash’ — this was an infiltration, as we all shockingly saw,” Rosengart said outside the courthouse.

According to Ventura County Sheriff’s Office, Alexander also has an open warrant for grand theft embezzlement and possession of stolen property.

Spears’ wedding to Asghari was not widely trailed, with news of the nuptials appearing on specialist publications only hours earlier.

The star-studded affair was attended by celebrities like Madonna, Selena Gomez, Drew Barrymore, Paris Hilton, and Donatella Versace — who had designed her dress.

“Fairytales are real,” the pop princess had posted on Instagram, along with a video of the preparations showing Spears posing in a horse-drawn carriage decorated in pink roses.

In November, a Los Angeles judge dissolved a controversial conservatorship overseen by Spears’ father, an arrangement that has seen her life and multimillion-dollar estate under his control for 13 years.

The singer had said her father Jamie Spears had prevented her from having a contraceptive IUD removed despite her desire for more children — an allegation he has denied.