“Unsafe And Scary”: Woman Claims She Found Over 10 Hidden Cameras In US Airbnb 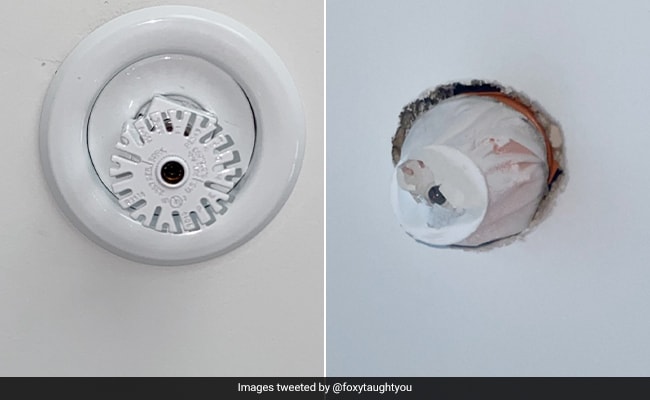 The cameras were disguised as sprinkler systems.

A woman from the United States recently shared her “scary” experience of finding what she claims were more than 10 hidden cameras in an Airbnb rental property.

Taking to Twitter, the woman posted images of the “hidden cameras all over the house”. She said that travellers should be cautious when booking accommodations, and alleged that she and a friend found 10 cameras hidden all over the house after booking to stay in Philadelphia.

BE CAUTIOUS BOOKING AIR BNBs! My friend & I recently stayed at a air bnb in Philadelphia with over 10 hidden cameras all over the house. Including the showers and bedrooms. Some were disguised as sprinkler systems but it has a camera lens. pic.twitter.com/nimx4L6koC

In a series of tweets, the woman claimed to have found cameras in the showers and bedrooms. She said that the cameras were disguised as sprinkler systems.

“The Airbnb was listed under a business name and we never met the owner. Every time we tried calling them, even at our arrival they’ll never answer the phone. They only respond through message so we do not know how they look, sound or if it’s a male or female.” she added.

Further, the woman went on to claim that after reporting the incident to Airbnb and the Philadelphia police, they were simply moved to another property by the home-sharing platform. We “still have not had an update on this case,” she said, adding, “we have no idea what footage this owner has and what he is doing with it”.

“This is so UNSAFE and scary,” she wrote in the caption. She also explained that she discovered the cameras after going out for the evening, coming home and falling asleep on the sofa. When they woke up the next morning, they noticed what appeared to be a crudely concealed camera on the ceiling pointing straight down at them.

According to the Independent, this is not the first time an unsuspecting guest had discovered cameras at a rental property. Back in 2019, an Irish family discovered eight hidden cameras at an Airbnb property in Greece. They reportedly found the devices in “every room” of the Athens villa, including the bathroom.

Airbnb had suspended the owner’s account in response and refunded the Irish family for their stay.