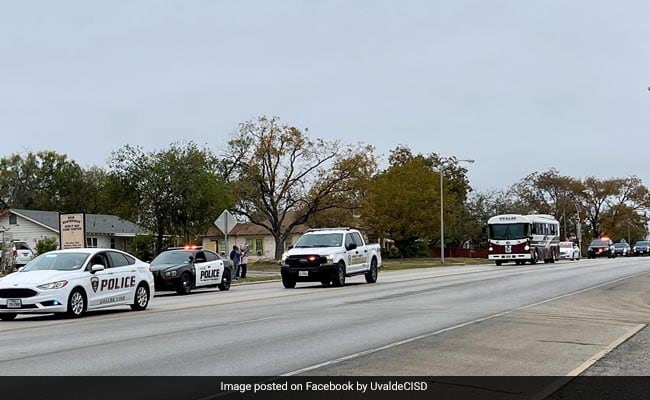 The 17-year-old has been charged with creating a false alarm or emergency.

A 17-year-old boy was arrested on Wednesday for making threats on social media platform Snapchat against current and former students of Uvalde High School in Texas, the United States. The threat messages included the image of a toy gun, Newsweek reported, quoting the police.

The student threatened five current and former students of the high school, the police further said.

He has been charged with creating a false alarm or emergency and could face a penalty of 180 days to two years in jail, according to CNBC-affiliate news4sanantonio. The student may also be fined up to $10,000.

In the Snapchat messages, the teenager said he was “he was going to end people who hurt him”, the police added.

They said that the 17-year-old was suffering from mental health issues and scheduled an evaluation of the student’s mental health before releasing him the next day, Newsweek reported.

The arrest comes just two weeks after 19 school children and two adults were killed in one of the worst mass shooting incidents in the United States at Robb Elementary School in Uvalde, Texas.

The attacked, 18-year-old Salvador Ramos, rained bullets on Class 4 students after entering the school. Horrific details emerged from the site of the mass shooting, which talked about some students playing dead to survive.

Ramos was killed by the police, who entered the school more than an hour after the shooting began. The police response has been criticised by the parents who waited outside the school anxiously. But the Uvalde Police chief later defended the action and blamed the delay on a hard-to-find key.

How to Make Your Car Attractive and Catchy to Eyes?

How to Make Your Car Attractive and Catchy to Eyes?