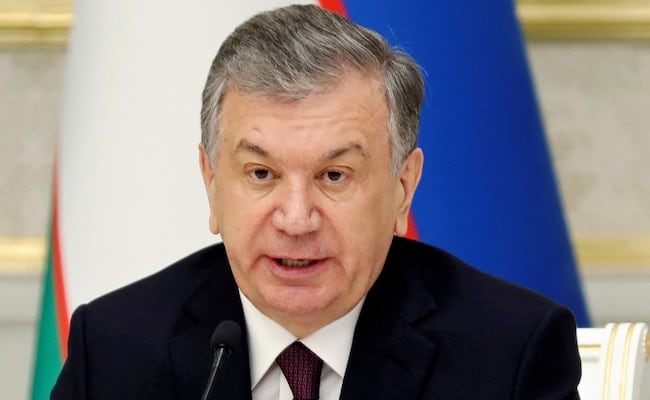 Uzbekistan announced a month-long state of emergency Saturday in an autonomous republic where rare protests forced President Shavkat Mirziyoyev into a climbdown on constitutional reforms.

President Shavkat Mirziyoyev’s press secretary Sherzod Asadov wrote on Telegram that the state of emergency in the Republic of Karakalpakstan would run from just after midnight on Sunday to August 2.

The measure was being taken to “ensure the safety of citizens, protect their rights and freedoms (and) restore law and order” in the territory, the statement added.

Uzbekistan’s president had arrived in Karakalpakstan Saturday and promised that proposed constitutional amendments that would have weakened the territory’s status would be scrapped.

Authorities said earlier on Saturday that they had arrested “organisers of mass riots” who wanted to seize administrative buildings in the administrative capital Nukus, which witnessed rare protests over constitutional reform proposals.

Friday’s demonstration brought thousands onto the streets of the regional capital after draft amendments to the Uzbek constitution were published, which are expected to go to referendum in the coming months.

Although the tightly controlled government has made no mention of casualties, Telegram accounts have circulated footage that suggests fatalities occurred during the police crackdown.

Internet access has been restricted in the territory during the last week and at least one private media outlet deleted an article about the changes to Karakalpakstan’s status shortly after publishing it.

Spontaneous demonstrations are illegal in the authoritarian ex-Soviet republic and police said Friday that “order had been restored” in the area taken over by the protest.

Nevertheless, the demonstration marked arguably the biggest challenge yet to the rule of authoritarian President Shavkat Mirziyoyev.

The Uzbek leader styles himself as a reformer but has seen the economic opening of his reign undermined by successive global crises — the coronavirus pandemic and key trade partner Russia’s invasion of Ukraine.

Mirziyoyev’s press service on Saturday said he had held a meeting with lawmakers of Karakalpakstan’s parliament and that the articles of the constitution concerning the region would remain unchanged “on the basis of… the opinions stated by residents of Karakalpakstan”.

The proposed changes that angered residents included one removing the republic’s constitutional right to secede from Uzbekistan via referendum.

That article dates back to 1993 after the republic’s leadership made a push for greater separation from Uzbekistan on the eve of the fall of the Soviet Union.

Impoverished Karakalpakstan takes its name from the Karakalpak people. They are well represented in cities such as Nukus, where the protest took place, but now constitute a minority in the western region of two million people.

Uzbekistan’s neighbour Kazakhstan said Saturday that it was barring the passage of “people, vehicles and goods” through its border with the region at Uzbekistan’s request.

Residents told AFP on condition of anonymity that the airport in Nukus was not fully operational, and that police and the military had put up checkpoints both on its outskirts and in the city centre.

“A group of organizers of mass riots and people who actively resisted law enforcement agencies have been detained.

“Investigative actions are underway against them,” the statement added, blaming the unrest on a “criminal group”.

With a total population of 35 million people, Uzbekistan is Muslim-majority Central Asia’s most populous country.

Beyond changes to the region’s status, Uzbekistan’s new constitution is also expected to re-introduce seven-year terms for the presidency, from five at the moment.

This amendment is likely to benefit incumbent Mirziyoyev, 64, who has boasted of a “New Uzbekistan” after pursuing reforms that reversed some of his hardline predecessor Islam Karimov’s policies.

Karimov, whom Mirziyoyev served as a prime minister, died in 2016.

His legacy included systematic forced labour in the cotton harvest, a massacre of protesters in 2005 and accounts of systematic torture including the boiling and freezing of inmates.