Secrets Vs Press Freedom: All You Need To Know About Case Against Julian Assange 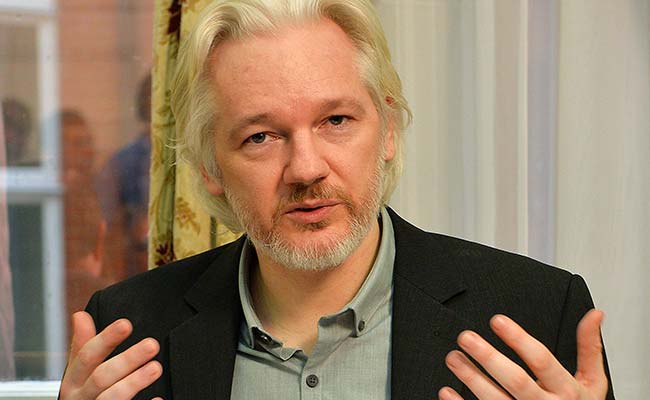 The charges under the Espionage Act against Julian Assange could bring up to 175 years in prison.

Wikileaks founder Julian Assange, whose extradition to the United States was approved by Britain on Friday, faces charges of espionage in a case that could prove an unprecedented legal battle pitting national security against fundamental press freedom rights.

– What charges against Assange?

In 2009 WikiLeaks rocked the world when it published around 750,000 classified US documents and diplomatic cables which exposed possible war crimes, torture and secret military operations, as well as unveiling the often-unseemly behind-the-scenes activities of US diplomacy.

A US military intelligence officer, Chelsea Manning, was arrested and sentenced to prison for leaking the files to WikiLeaks.

US authorities allege that Assange directed and abetted Manning in stealing the files, when he tried to help her break a passcode to a Pentagon computer system.

On that basis, on April 11, 2019 the Department of Justice (DOJ) unsealed initial charges against Assange for conspiracy to break into a classified computer system to obtain “national defense information,” and requested his extradition from Britain.

Twelve days later, the department issued a superseding indictment, charging him with 17 counts under the US Espionage Act.

It said that Assange, a citizen of Australia, had stolen US defense and national security information and disclosed it, putting the country, its officials and confidential sources at risk.

The charges under the espionage act are particularly troubling to civil liberties defenders and the media.

Assange calls himself a journalist, and though Wikileaks when created in 2006 was a new kind of activity — a website that collected secret documents and published them online for anyone to see — it was not deeply different from traditional media publishing government secrets.

Viewed from that angle, Assange’s publishing activities could be protected by the US Constitution’s First amendment, which explicitly guarantees freedom of the press.

“The new charges focus on receiving and publishing classified material from a government source. That is something journalists do all the time,” the New York Times wrote in an editorial on the day the indictment was released.

“This is what the First Amendment is designed to protect: the ability of publishers to provide the public with the truth.”

The government of Barack Obama, president from 2009-2017, opted to not go after Assange to avoid a constitutional fight over what is journalism and what is not.

But the next administration of Republican president Donald Trump took a hard line, branding Assange a foreign threat and Wikileaks a “hostile intelligence service.”

“The department takes seriously the role of journalists in our democracy. But Julian Assange is no journalist,” Trump’s assistant attorney general John Demers said when the charges were unveiled.

– What awaits Assange in US? –

Assange could stall any extradition with his appeals both in Britain and the European Court of Human Rights.

But if he is finally sent to the United States, he will stand trial in a federal court in Alexandria, known for its tough handling of sensitive intelligence and espionage-related cases.

On the original charge, of helping an attempt to break into Pentagon computers, Assange would face up to five years in prison.

But the charges under the Espionage Act could bring up to 175 years in prison.

Assange’s attorneys in Britain originally blocked extradition last year arguing that he was at risk of suicide and would not be safe in poorly managed US prisons.

On appeal, US authorities promised to the British courts that Assange would be closely watched, would not be subjected to solitary confinement, and would not be sent to a “supermax” prison that the US reserves for the most dangerous offenders terrorists.

If the case goes to trial, the issues of what Wikileaks did and what damage it may have caused could be subsumed by the issues of national security.

Assange has called it a political prosecution, and his attorneys will seek to paint it as such.

It is not clear how President Joe Biden’s Justice Department, which inherited the case from Trump’s, views it. Biden was Obama’s vice president.

Much of the US intelligence community want Assange prosecuted. US media and rights groups are meanwhile squaring up for a fight on constitutional principle.

“By continuing to extradite Assange, the Biden DOJ is ignoring the dire warnings of virtually every major civil liberties and human rights organization in the country that the case will do irreparable damage to basic press freedom rights of US reporters,”  Trevor Timm, executive director of the Freedom of the Press Foundation, said.