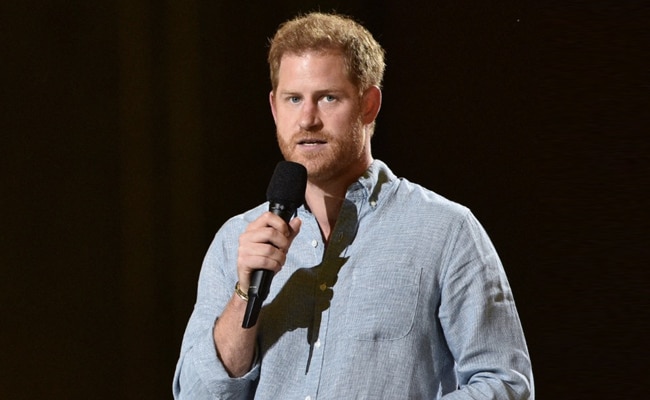 Prince Harry took part in another polo match in May.

Prince Harry fell off his horse during a polo match in California. This was his first outing after returning from Britain to attend the Platinum Jubilee of Queen Elizabeth II.

Pictures circulating on the internet show Duke of Sussex taking a tumble during the game, which according to Independent, was held at the Santa Barbara Polo and Racquet Club over the weekend.

The 37-year-old was quick to get back on his feet after being flung to the ground as other polo players rush over to check on him.

Prince Harry steadied himself before continuing with another horse and completing the game.

The Independent reported that the Duke went through three polo ponies during the hour-long game. The Daily Mail reported that Prince Harry was unscathed in the incident.

This was the second match in less than a month which prince Harry took part in. He played for Los Padres in a charity match in May this year where Meghan Markle was seen supporting her husband.

Last week, the Prince and his wife shared a first birthday picture of their daughter Lilibet, named after her great-grandmother Queen Elizabeth II.

Lilibet Diana Mountbatten-Windsor, born in Santa Barbara, California, is the Queen’s 11th great-grandchild and eighth in line to the British throne after her three-year-old older brother Archie.

The couple quit royal duties two years ago at a thanksgiving service for Queen Elizabeth’s Platinum Jubilee, where they were met with cheers and some booing.

They then moved to the United States, partly because Harry said the press was destroying his mental health, and now live in California with their two young children, son Archie and daughter Lilibet.

Russia Shells Chemical Plant Where Hundreds Of Civilians Are Sheltering

What are the main advantages and disadvantages of IT outstaffing?

What are the main advantages and disadvantages of IT outstaffing?