Life Sentence For Canadian Who Rammed Van Into Crowd Killing 11 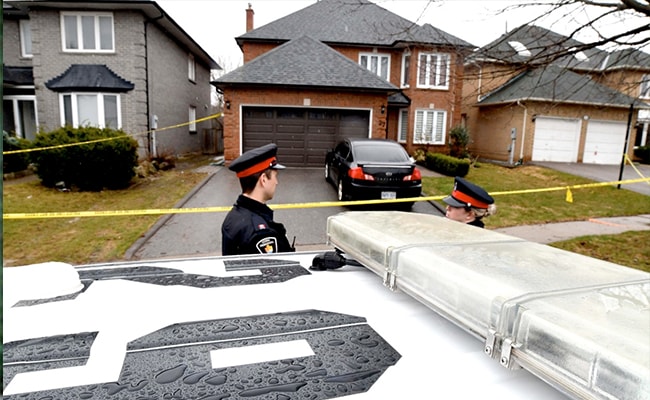 Ten people were killed and 16 injured in the attack but the toll later rose to 11.

A Canadian man who in 2018 rammed his rental van into a crowd of pedestrians in downtown Toronto, killing 11 people, was sentenced Monday to life in prison without the possibility of parole for 25 years.

Alek Minassian, who was 25 at the time of the attack, was found guilty by a Canadian judge just over a year ago, in March 2021.

On April 23, 2018, Minassian drove a white rental van at full speed down streets and sidewalks in the Canadian metropolis, aiming at passers-by for a little more than a mile.

Ten people were killed and 16 injured in the attack — but the toll rose to 11 at the end of October 2021 when an injured woman who had spent more than three years in hospital also succumbed to her injuries.

It was the worst attack in Toronto’s history.

The sentence came less than three weeks after Canada’s Supreme Court struck down cumulative sentences for murderers, a provision of the criminal code dating back to 2011 which authorized judges to impose extremely long prison sentences on killers who caused numerous deaths.

The Court concluded that a prison sentence which “greatly exceeds the life expectancy of any human person is degrading by its absurdity and, therefore, contrary to human dignity”.

Minassian “sat there, showed no emotion, barely looked up at anybody reading an impact statement,” adding, “I hold a lot of anger towards that man.”