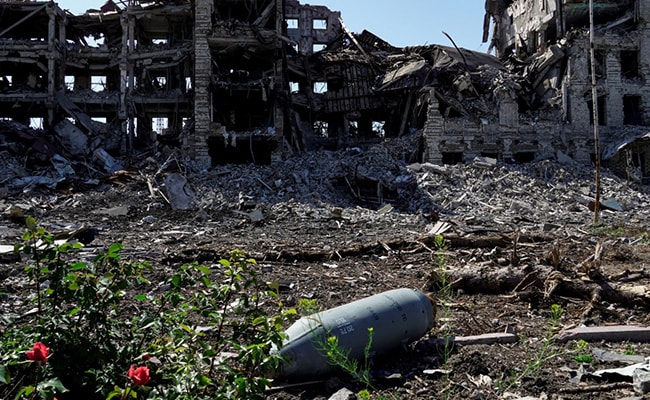 President Joe Biden said Friday he doesn’t know the whereabouts of three Americans reportedly missing in Ukraine after volunteering to fight against the Russian invasion.

Speaking to reporters at the White House, Biden urged US citizens not to go to pro-Western Ukraine, which has been battling the Russian onslaught since February.

The State Department says three Americans are believed missing, part of an unknown number of mostly military veterans who have joined other foreigners volunteering alongside Ukrainian troops.

A photograph of two of the missing men is circulating on Russian social media, showing them apparently with their hands tied in the back of a truck.

Families and members of Congress say that Alexander Drueke and Andy Huynh, who had both been living in Alabama, lost contact with their relatives while fighting with Ukrainian forces near the Russian border.

A third man, identified as a former US Marines captain with 20 years experience, was last heard from in late April, CNN quoted his wife as saying.

The Russian proxy authorities in the so-called Donetsk People’s Republic, a Moscow-controlled swath of eastern Ukraine, have sentenced to death two British men and a Moroccan captured earlier in fighting.

“The Russians have certain obligations and members of the Ukrainian armed forces — including volunteers who may be third-country nationals incorporated into the armed forces — should be treated as prisoners of war under the Geneva Conventions,” State Department spokesman Ned Price said on Thursday.

But the White House is so far keeping a low profile on the missing US citizens, whose fate could become a politically sensitive issue in the crisis with Russia.

Press Secretary Karine Jean-Pierre on Thursday said the government “can’t speak to these reports” but was “working very hard to learn about their whereabouts.”

“Our hearts go out to their families,” she said.