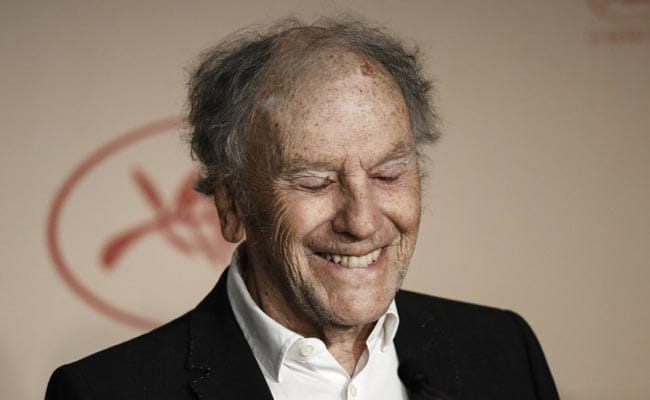 Jean-Louis Trintignant died surrounded by his family in the Gard region of southern France.

Jean-Louis Trintignant, one of France’s greatest actors, who died on Friday aged 91, was hailed by French President Emmanuel Macron as “a wonderful artistic talent and voice”.

He died surrounded by his family in the Gard region of southern France, his wife said in a statement sent to AFP.

But his life was hit by tragedy when his daughter Marie was beaten to death by rock star Bertrand Cantat in 2003.

“He accompanied our lives through French cinema. It’s a page that turns on a wonderful artistic talent and voice,” said Macron after being informed of the death during a visit to a tech conference in Paris.

No cause of death was immediately given, but Trintignant had been suffering from cancer in recent years.

He had announced his retirement from cinema in 2017 but returned in 2019 for a sequel to the film that made his name, the 1966 classic “A Man and a Woman”.

The New Wave love story starred Trintignant as a racing driver — a real-life passion for the actor — and turned him into an international star after it won Academy Awards for best screenplay and foreign-language film, as well as the Palme d’Or at the Cannes Film Festival.

He won the best actor award at the festival three years later for political thriller “Z”.

“Trintignant was one of my all-time favourite actors: sexy, pensive, mischievous, capable of deep and searching sadness,” tweeted Variety film critic Guy Lodge. “What a body of work. What a face.”

Despite his screen success, Trintignant was known to say that he preferred the theatre.

“I could have spent my whole life doing theatre,” he said in 2017, adding: “But cinema paid better!”

Trintignant continued to race cars after getting his breakthrough role alongside Brigitte Bardot in the then-notorious “And God Created Woman” in 1956.

He went on to be seen as one of the most gifted actors of the postwar generation, playing an array of traitors, thugs and crooks or ambiguous and perverted types.

Trintignant refused to give in to bitterness over his daughter’s death and even forgave Cantat, the lead singer of the French band Noir Desir, when many others could not bring themselves to do so.

He returned to triumph just a few years later, starring in Michael Haneke’s Oscar-winning “Amour” as a man in his eighties struggling to look after his wife after a stroke.

Trintignant first married actress Stephane Audran, then film director Nadine Marquand, with whom he had three children — Marie, Pauline and Vincent. The couple divorced and he then went on to marry Mariane Hoepfner, a former racing driver like himself.