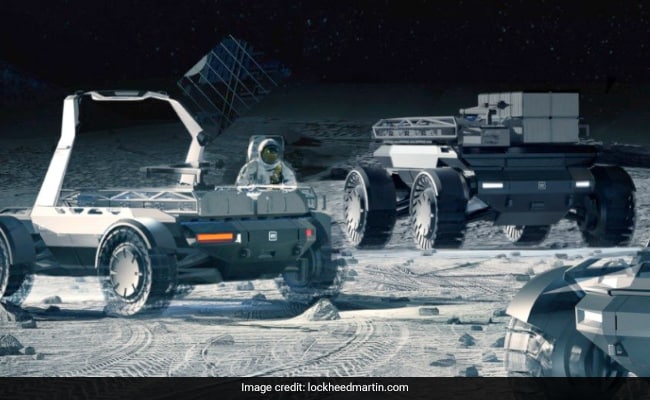 General Motors and Lockheed Martin last year had announced that they were teaming up to work on a new lunar rover that would carry astronauts and their gear to the Moon. Now, the two companies have said that they are looking to make rental cars for the Moon.

The two firms could develop a whole lineup of vehicles for work on the Moon and these could be available to commercial space companies – like SpaceX and Blue Origin – as well and not just the American space agency NASA, Fox Business reported.

The two companies hope to have the Lunar Mobility Vehicles ready ahead of the first manned Moon missions of the 21st century, which are currently slated for 2025. As per the outlet, the vehicles are being designed with autonomous driving capability and platforms that can handle carrying humans or gear around the lunar surface.

Also Read | Strawberry Moon 2022: When Will It Peak And Other Supermoon Dates

Speaking to Fox Business, a GM spokesperson said that the idea is that the vehicles will be sent to the Moon ahead of the mission, then made available for lease to any government-led expeditions that visit the Moon, either from the US or other nations. The Lunar Mobility Vehicles will be recharged using solar power and are being engineered with easy maintenance that should give them a lifespan of about 10 years.

However, in an announcement last week, General Motors noted that the desire to sell Moon cars to multiple different companies comes with its own challenges. It explained that different national space programs and for-profit companies might use different space suits. “Because of that, universal, intuitive controls and restraint systems are necessary,” the company added.

Further, it stated that even getting enough space between the seats is vital for human survival on the Moon. If the lunar astronauts get too cosy, it can end up killing them. Or if their two spacesuits rubbed too close together, they could tear, which could result in life-threatening damage, General Motors said.

The companies are also discussing other possible Moon vehicle variants they might work on. But for now, they are concentrating on just the basic Moon buggy idea.

Notably, this would not be General Motor’s first trip to the Moon. As per CNN, back in the 1960s, GM worked with Boeing to create the original Lunar Roving Vehicle. Three of them – LRV-1, LRV-2 and LRV-3 – were driven on the Moon’s surface in 1971 and 1972.

But as humans haven’t been back since, and the original NASA astronauts didn’t take the rovers back with them, they sit on the lunar surface to this day.