At Least 2 Blasts Near Gurdwara In Afghanistan’s Kabul: Report 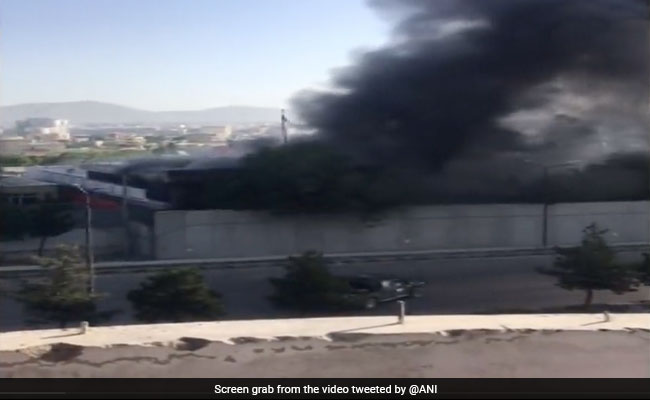 “The sound of explosions was heard in Karte Parwan area of Kabul city. Details about the nature and casualties of this incident are not yet known,” Afghanistan’s Tolo News tweeted today.

On June 11, several people were injured after a blast hit Kabul.

“The blast took place at Batkhak Square in the 10th district of Kabul,” Tolo News said in a Tweet.

“Earlier, on Monday, a blast took place in Kabul’s Police District-4 with explosives carried on a bicycle,” the Kabul security department said.

Prior to this, three explosions had rocked the capital of Afghanistan’s Balkh province on May 25, leaving at least 9 people killed and 15 others injured. On the same day, a blast at Masjid Sharif Hazrat Zakaria mosque in Kabul City left at least two people dead, according to officials.

In response to the attacks in Balkh and Kabul, the US Special Envoy for Women and Human Rights in Afghanistan, Rina Amiri said that the Taliban must ensure people’s security and prevent atrocities.

“The heinous attacks in Mazar & Kabul serve no purpose but to inflict further devastation on innocent Afghans who have suffered enough,” Rina Amiri tweeted.

Additionally, earlier, an explosion at a traffic square in Kabul’s fourth police district had killed at least 30 people and injured others at the Hazrat Zekriya Mosque.

The Taliban faced a severe security threat from the Khorasan branch of ISIS, which has been active in Afghanistan since 2014.

UN Secretary-General Antonio Guterres had condemned the recent attacks in Afghanistan that claimed the lives of numerous civilians, among them members of the Hazara Shia community and several children.”

Did Eleven Create The Upside Down? – Hollywood Life