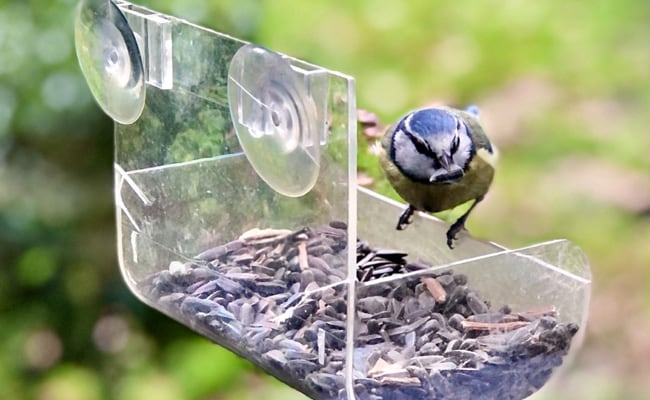 A man has been arrested in Sodus Point, New York, for the third time on last three weeks for having too many feeding trays for birds on his front lawn. Several neighbours have complained against 71-year-old Donald Antal, claiming that he had nearly two dozen feeders on his property. They alleged that this is a violation of the Village of Sodus Point local ordinance 57-6B(1), according to local publications.

Mr Antal has been charged with repeated violation of local codes. He places bird seeds and peanuts in the feeding trays in his yard, which attracts lots of birds, according to Wayne County Sheriff’s Office.

ABC-affiliate 13WHAM said in a report that local laws allow two feeders per household and they have to be elevated five feet off the ground.

During his previous arrest, Mr Antal was charged with unlawfully feeding wildlife, and released on an appearance ticket.

Social media users were shocked to know about his arrest, questioning if something like this can be done.

“Finally found something the cops are good for; Arresting senior citizens for having too many bird feeders,” a user posted on a Reddit forum discussing Mr Antal’s arrest.

“Perhaps the next tactical operation is to storm the local animal shelter,” added another.

Some users even created an acronym all cops anti-bird (ACAB) to criticise the police force.

Sodus Point is a village in Wayne County in New York. Its name is derived from a nearby water body, called Sodus Bay.

The village is nestled along the shore of Lake Ontario, and is known for its fishing points, marinas, restaurants and golf.

Know About The Incredible Men’s Health Benefits of Ginger

Know About The Incredible Men's Health Benefits of Ginger