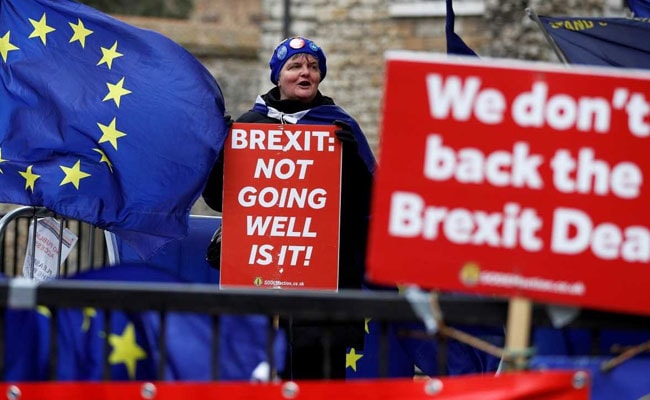 The UK government has introduced a legislation in Parliament that would override parts of the landmark 2019 Brexit agreement struck with the European Union (EU) when Britain left the common economic zone.

The UK government denies any potential breach of international law, arguing that the changes will mean the United Kingdom stays together.

“This Bill will uphold the Belfast (Good Friday) Agreement and support political stability in Northern Ireland,” said UK Foreign Secretary Liz Truss, as the first reading of the Bill took place in the House of Commons on Monday.

“It will end the untenable situation where people in Northern Ireland are treated differently to the rest of the United Kingdom, protect the supremacy of our courts and our territorial integrity. This is a reasonable, practical solution to the problems facing Northern Ireland,” she said.

The minister insisted that the move will safeguard the EU Single Market and ensure there is no hard border on the island of Ireland.

“We are ready to deliver this through talks with the EU. But we can only make progress through negotiations if the EU are willing to change the Protocol itself – at the moment they aren’t.

“In the meantime, the serious situation in Northern Ireland means we cannot afford to allow the situation to drift. As the government of the whole United Kingdom, it is our duty to take the necessary steps to preserve peace and stability,” added Truss.

The Bill follows 18 months of discussions with the EU for a negotiated solution to “fix” what the UK sees as “problems which are baked into the Protocol” and the government maintains it is “consistent” with international law.

But it has been heavily criticised by senior EU figures.

A spokesperson for Ireland’s foreign minister Simon Coveney said the bill “marks a particular low point in the UK’s approach to Brexit” and said the plan would “ratchet up” tension and breach the UK’s international commitments.

But Prime Minister Johnson has insisted the legislation would introduce “relatively simple” changes and said it would be a “gross overreaction” by the EU.

The alterations are set out in the Northern Ireland Protocol Bill, to be debated and voted on by Parliament.

Under the new legislation, the British government wants to remove “unnecessary” paperwork on goods checks and that businesses in Northern Ireland will get the same tax breaks as those elsewhere in the UK. The bill will also ensure that any trade disputes are resolved by “independent arbitration” and not by the European Court of Justice, it adds.

With Ireland an EU country and Northern Ireland part of the United Kingdom, the Northern Ireland Protocol was always the toughest aspect of the Brexit negotiations which have continued to plague both sides ever since Britain voted to leave the EU six years ago.

European Commission Vice President Maros Sefcovic said renegotiating the protocol is unrealistic and unilateral action by the UK is “damaging to mutual trust”.

He said the protocol was the “one and only solution” to protect the peace process in Northern Ireland, while addressing the challenges created by Brexit.

“It is with significant concern that we take note of today’s decision by the UK government to table legislation disapplying core elements of the protocol,” he said.

“The commission will now assess the UK draft legislation.” The UK government, in its legal justification for this new bill, has also cited Article 16 – a clause in the NI Protocol that allows either side to take safeguarding measures if applying the protocol leads to serious economic, societal or environmental difficulties that restrict trade.