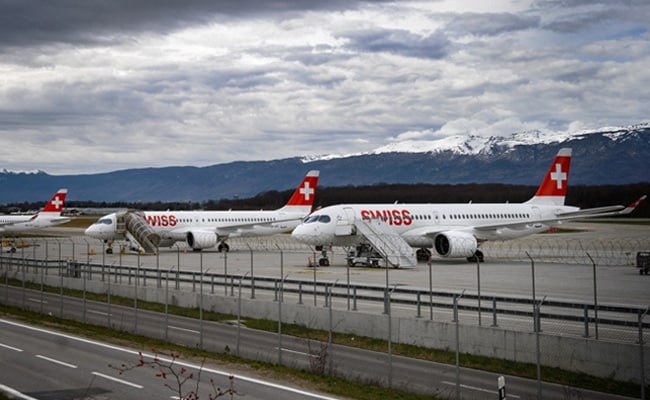 Airports in Switzerland have announced that flights had begun taking off.

It did not say what had caused the problem that shut Swiss airspace for hours Wednesday morning, but said that “air traffic over Switzerland and operations at the national airports of Geneva and Zurich are resuming”.

Those airports too announced that flights had begun taking off.

“Good news! Air traffic has gradually resumed since 8:30 am (0630 GMT),” Geneva airport said in a tweet, warning that a number of flights had been cancelled and urging passengers to check with their airlines.

At the airport, where the first morning flights were delayed by more than three hours, dozens of travellers crowded around the information screens, with phones plastered to their ears.

“We recommend passengers to pay attention to the flight information of the airline.”

The chaos erupted when Skyguide announced it had “experienced a technical malfunction in the early hours of this morning, which is why Swiss airspace has been closed to traffic for safety reasons”.

It said it regretted “this incident and its consequences for its customers, partners and passengers.”

The Swiss news agency ATS-Keystone said international flights to Switzerland had been re-routed to Milan in northern Italy.

The Zurich airport website meanwhile showed that a United Airlsines flight from New York had been rerouted to Frankfurt in western Germany, while a Singapore Airlines flight from the city state had been sent to the southern German city of Munich.

Zurich is Switzerland’s largest airport, with more than 10.2 million passengers going through its terminals in 2021.

But with Covid restrictions lifted, air traffic has picked up significantly since then, with 1.9 million passengers registered there in May alone.