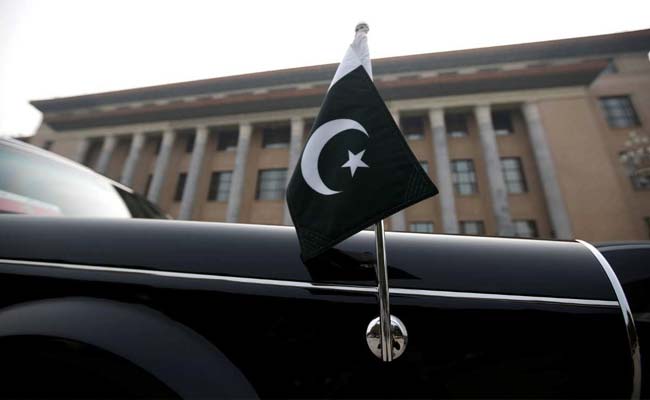 US is the largest shareholder in the International Monetary Fund.

Pakistan has sought the support of the United States for the revival of the International Monetary Fund programme as the global lender is yet to agree to a staff level pact despite the federal government’s claim to have taken many difficult decisions, according to a media report on Friday.

Pakistan government’s economic team met with US Ambassador Donald Blome in Islamabad and sought Washington’s support and acknowledgement of the actions taken so far, at least two people familiar with the discussions were quoted as saying by The Express Tribune newspaper.

Finance Minister Miftah Ismail and Minister of State for Finance Dr Aisha Pasha met with the US envoy to gain Washington’s support, the report said.

The US, which is the largest shareholder in the IMF, has in the past too played a role of the catalyst in Islamabad completing the fund’s programme reviews.

Blome was apprised about measures that have been taken to revive the programme and bring stability in the economy, the sources said.

The US ambassador was informed that the government has proposed fiscal consolidation equal to 2.2 per cent of the country’s GDP despite challenging times.

The sources said that if no breakthrough is achieved in the next couple of days, the Secretary Finance and the Minister for Finance may dash to the US to meet the top management of the IMF.

The Ministry of Finance did not officially comment on the article.

Despite three main rounds of talks, including two by the incumbent government, and multiple virtual contacts, the IMF did not share the draft of the Memorandum for Economic and Financial Policies (MEFP) with Pakistan till Thursday afternoon, according to the sources.

The Pakistan-IMF programme remains derailed since March this year after the previous government backtracked from its commitments.

The meeting between the Pakistani and US authorities took place the day the IMF clarified its position on its demand to link the energy payments to the Chinese Independent Power Producers with the concessions that non China-Pakistan Economic Corridor (CPEC) projects had extended to the government last year.

The global lender was said to have asked the government to treat the Chinese CPEC power plants at par with the power plants established under the 1994 and 2002 power policies, The Express Tribune said earlier in a detailed report.

“The IMF did not ask Pakistan to renegotiate CEPC IPP contracts. These claims are simply untrue”, according to an IMF statement attributed to its Resident Representative Esther Perez.

Pakistan owes around Rs 300 billion to the Chinese IPPs and the IMF has been keeping a track of every payment made to them.

So far, 11 Chinese IPPs, set up with an investment of USD 10.2 billion, are operational, having a total generation capacity of 5,320 megawatts.

Out of them, nearly 2,000MW of power plants had been shut due to the depletion of imported coal inventories.

The government is making all-out efforts to revive the IMF programme and has taken many unpopular steps, but still remains short of the IMF’s expectations, said a senior Pakistani negotiator.

Pakistan’s government on Wednesday hiked fuel prices by up to 29 per cent, removing fuel subsidies in an attempt to trim the fiscal deficit and secure critical support from the IMF for the cash-strapped economy.

However, the IMF was not happy with some other measures announced in the budget on June 10, including one about giving tax relief to the salaried people, the report said.

The coalition government had hoped that after increasing the petroleum products prices and starting the process for approval of increase in electricity prices, the IMF may agree to reach a staff level agreement.

However, the IMF also wants not only a reversal of cut in the income tax rates for the salaried class, but is seeking to pass on an additional burden of Rs 125 billion on the salaried people.

The government has now worked out a new proposal that entails reversing Rs 47 billion tax relief and then passing on additional burden of Rs 18 billion to the salaried class, the sources added.

While talking to the media after the Senate Standing Committee on Finance meeting, Minister of State for Finance Dr Aisha Pasha said there was now more clarity to the IMF on the new budget, hoping to sign a deal very soon, according to the pape