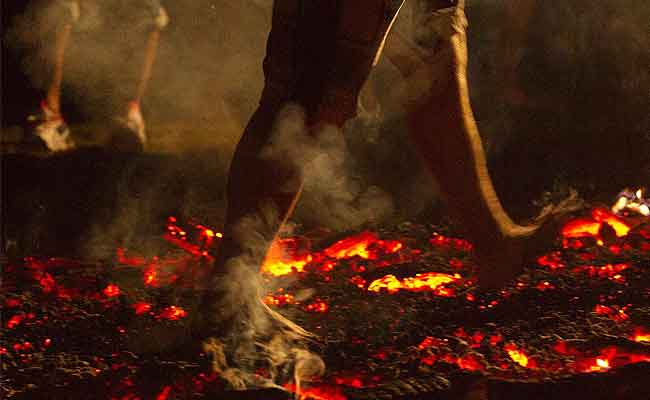 The party was held at a private island near Zurich. (Representative Photo)

Twenty-five people were treated for burn injuries in Switzerland after they walked on a hot coal bed as part of a team-building exercise, Independent said in a report. The private “fire walking” event was held at an island near Lake Zurich on Tuesday, the report added.

Emergency services were called to the private island and 13 of the injured rushed to local hospital as they suffered severe burns. The rest were treated on the spot.

The emergency response teams arrived with 10 ambulances, according to the BBC.

The police said that the group walked over a bed a coal that was several metres long and felt pain shortly after, the outlet further said in the report. The cops, however, did not clarify if the issue was with the way the coal bed was set-up or with how people walked across it.

The police have launched an investigation and taken evidence from the site, the BBC report further said.

The details about the event or who was conducting the team-building exercise of walking on burning coals have not yet been confirmed.

However, Blick, a German-language Swiss news outlet, claimed that the event was organised by an advertising marketing company Goldbach. “A total of 150 people were present at the event,” it quoted Iris Blattler, head of communications at Goldbach, as saying.

Walking across a bed a coal is sometimes used as a motivational exercise in some courses. It is also used in some parts of the world as a rite of passage or test.

A few years ago, 30 people were injured at an event organised by motivational speaker Tony Robbins. The ‘Unleash the Power Within’ event in Texas saw dozens of people attempting to walk over a bed of hot embers but suffered burns to their feet and legs.