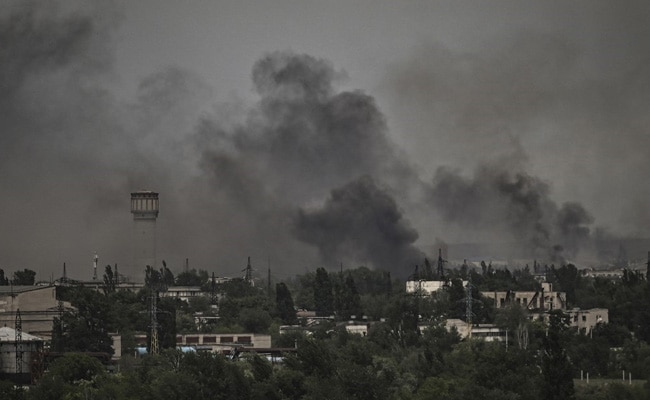 The United Nations said the humanitarian situation in eastern Ukraine was “extremely alarming.”

Ukrainian authorities said Saturday that “fierce battles” with Russia raged in villages outside the eastern city of Severodonetsk, which Moscow’s forces have been trying to seize control of for weeks.

“Now the most fierce battles are near Severodonetsk. They (Russia) do not control the city entirely,” the governor of the eastern Lugansk region, Sergiy Gaiday, said on Telegram.

“In nearby villages there are very difficult fights — in Toshkivska, Zolote. They are trying to break through but failing,” he said.

“Our defenders are fighting Russians in all directions. Recently, they shot down a plane and took captives,” he said.

He also said that Lysychansk — a Ukrainian-controlled city across a river from battered Severodonetsk — is being “heavily shelled”.

“They cannot approach it and that’s why they are simply shooting at the city with air strikes,” he said. “It is very dangerous in the city.”

Gaiday said there was “more destruction” at the Azot chemical plant in Severodonetsk, where hundreds of civilians are sheltering.

On Friday he said 568 people, including 38 children, were hiding in the factory and that only a “complete ceasefire” would ensure their evacuation.

The United Nations on Friday said access to clean water, food, sanitation and electricity was diminishing in Severodonetsk.

It said the humanitarian situation in eastern Ukraine was “extremely alarming.”