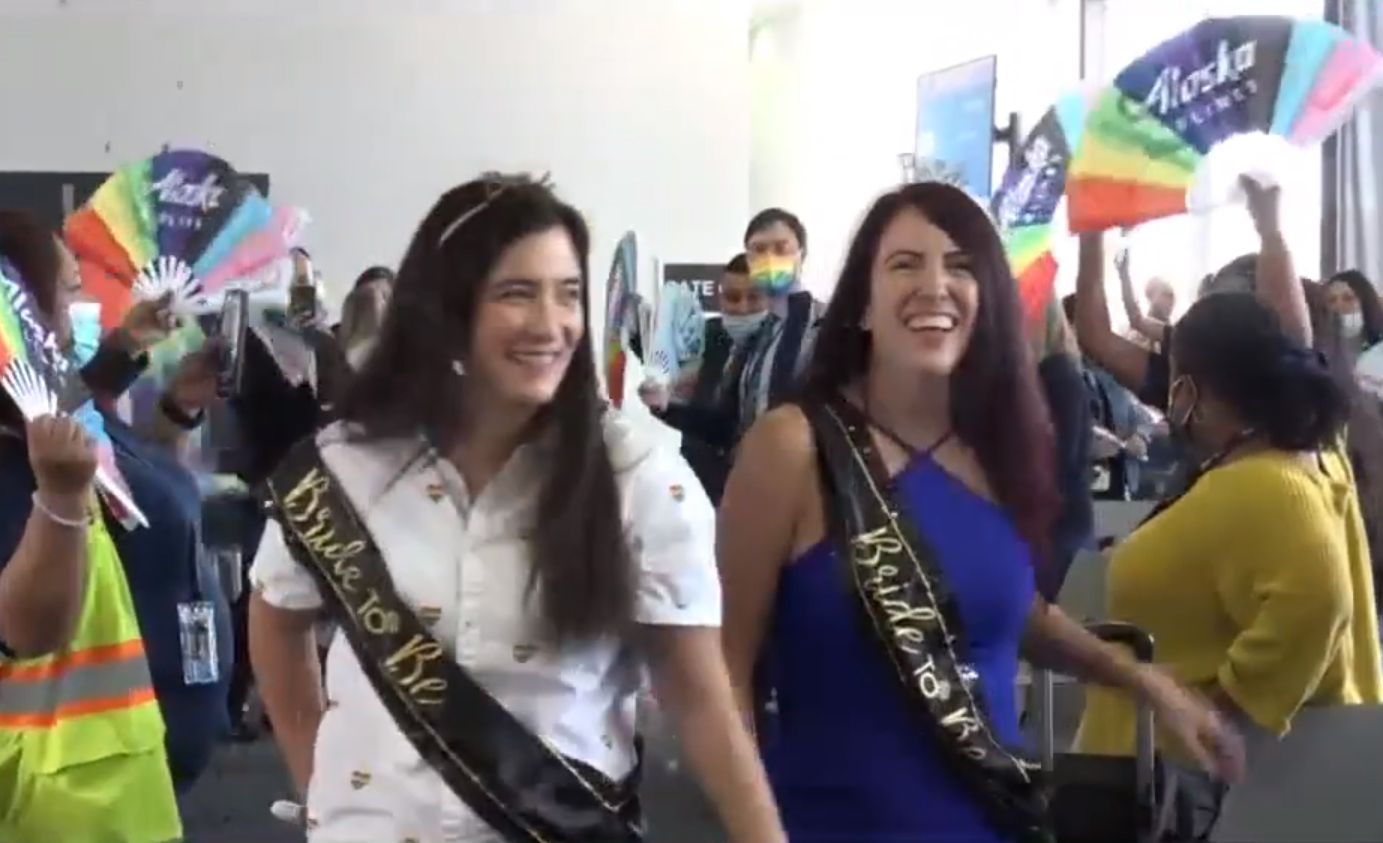 Two Alaska Airlines employees got engaged Wednesday on the company’s “Pride in the Sky” plane.

Veronica Rojas, who works as a flight attendant, popped the question to her girlfriend Alejandra Moncayo, an Alaska Airlines pilot, during a special flight aboard the company’s Pride-themed aircraft.

The proposal happened on a flight from San Francisco to Los Angeles.

The soon-to-be-married couple met on a flight in 2020, and during the special Pride-themed flight, they were asked to talk about how they met on an airplane — but that was all part of Rojas’ masterplan.

“I was, like, sure — we’ll talk about it,” Moncayo later told CBS News Los Angeles.

Then using the airplane’s PA system, Rojas “got down on one knee and gave me this beautiful ring,” Moncayo added, smiling.

When the plane landed, the wives-to-be walked into the terminal holding hands under a shower of confetti, balloons, and applause by dozens of enthusiastic employees and passengers waving giant rainbow-colored fans.

The festive aircraft — an Airbus A320 featuring rainbow-colored decals and the words “Fly with Pride” adorned on the side — was first launched in 2021 in support of the LGBTQ community.

“We are committed to making Alaska a place where everyone feels respected and belongs, and we proudly celebrate the diversity of our employees and guests all year long,” the company said in a statement.

Kim Kardashian’s Quotes About BF Pete Davidson on ‘The Kardashians’

Kim Kardashian's Quotes About BF Pete Davidson on 'The Kardashians'