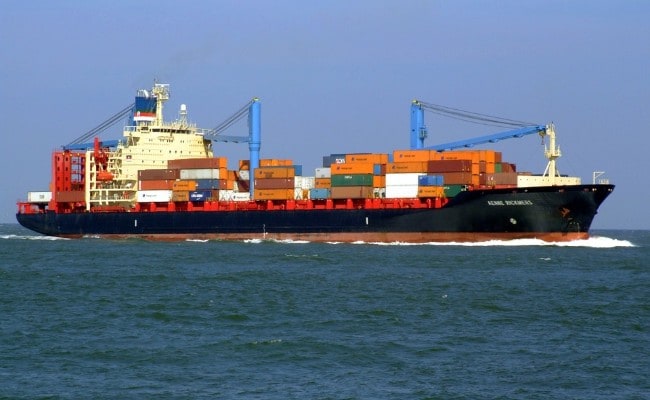 Besides fishing subsidies, ministers have been discussing on Covid vaccines and food security at WTO.

Marathon talks at the World Trade Organization aimed at stitching together a tit-for-tat deal went round the clock into Friday with a long-sought agreement on fishing subsidies still hanging in the balance.

The talks were due to wrap up on Wednesday but went straight through into Friday, the sixth day, as the WTO tries to prove it still has a role in tackling big global challenges.

Delegations were frantically haggling over plans to curb harmful subsidies that promote overfishing — the flagship issue being thrashed out at the global trade body’s Geneva headquarters after 21 years of trying.

The top representatives from the WTO’s 164 members were to meet at 3:00am (0100 GMT) to see if they could sign off on the post-midnight last-ditch bargaining.

Besides fishing subsidies, ministers have been discussing temporarily waiving the patents on Covid-19 vaccines, food security, agriculture, e-commerce, the WTO’s response to pandemics, and reform of the organisation itself.

With ministers struggling to conclude agreements on each topic separately, countries have been making trade-offs which, they hope, could see several measures go through in a grand bargain.

“We came into this ministerial hoping that it would provide a launch pad to show the WTO is back in business,” a Geneva-based diplomat told reporters late Thursday.

Some delegations have accused India of being intransigent on every topic under discussion at the WTO — where decisions can only pass with the agreement of every member.

But Commerce and Industry Minister Piyush Goyal sounded upbeat on the prospects for a deal.

“India is convinced that this will turn out to be one of the most successful ministerials that the WTO has seen in a long time,” he told reporters.

“India is not a roadblock on anything… People are realising that we were the ones who actually helped create the sole consensus.”

WTO chief Ngozi Okonjo-Iweala, who took over in March 2021, has hinged her leadership on breathing new life into the sclerotic organisation.

The former foreign and finance minister of Nigeria sold herself as someone who can bang heads together and get business done.

She wants no repeat of the last ministerial conference in Buenos Aires in December 2017, which failed to strike any heavyweight agreements.

“We are in a complicated geopolitical situation and also the views across different work streams are quite divergent,” he said.

“But I would say we’re working towards positive outcomes and hopefully we’ll be able to reach (them).”

Negotiations towards banning subsidies that encourage overfishing and threaten the sustainability of the planet’s fish stocks have been going on at the WTO for more than two decades.

Several sources close to the discussions said the draft agreement on the conference’s flagship issue has been heavily watered down.

India had been pushing for a 25-year exemption but Goyal insisted New Delhi had compromised and accepted it was not going to get everything it wanted.

A coalition of African, Caribbean and Pacific countries contained some of the last countries holding out, a Geneva trade official said.

A source close to the negotiations said: “It’s not looking particularly optimistic.”

The second major issue on the table is the plan for a Covid-19 vaccine patents waiver.

Some countries that host major pharmaceutical companies, like Britain and Switzerland, were finding some of the draft wording problematic, while big pharma fears a deal strangling innovation.

But Britain’s ambassador in Geneva, Simon Manley, told Okonjo-Iweala that after clarification and improvements were achieved, London was “now ready to join the consensus”.

That left the United States and China as effectively the largest opposition to finalising a deal, with the two heavyweights yet to agree on whether China would be eligible to use the waiver.

The moratorium on imposing customs duties on electronic transactions, in place since 1998, looks set to be extended.

The United States said the moratorium had supported the growth of digital commerce, which had provided an “economic lifeline” during the Covid-19 pandemic, according to a Geneva trade official.