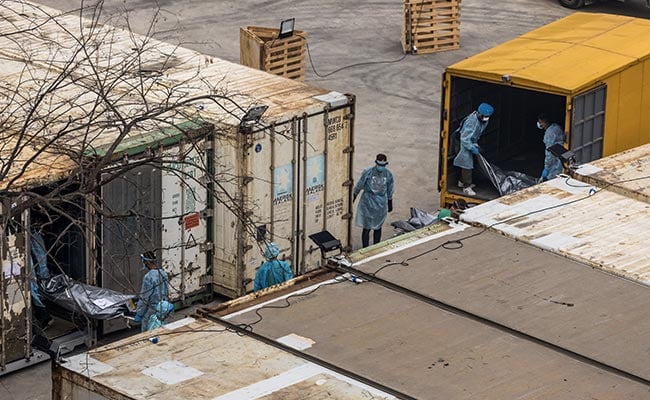 The finance hub this week saw daily cases go above 1,000 for the first time in two months — though hospitalisations have remained relatively low, with only 25 people in serious or critical condition as of Friday, according to health officials.

Recent outbreaks have cast a shadow over Hong Kong’s plans to mark the handover on July 1, and it remains unclear if Chinese President Xi Jinping will attend the celebrations in person.

Lam said social distancing rules would not be tightened again despite the rebound in numbers, saying the figures were “not an alarm bell yet”.

“I have to stress that this sort of upward cases, according to the experts, are not unexpected, because we have almost returned to normalcy as far as social activities are concerned,” she said.

On Tuesday, however, the government brought in new restrictions related to bars and clubs. Patrons now need to present proof of a negative rapid Covid-19 test taken in the last 24 hours.

There have been questions over enforcement, with Bloomberg News reporting some people have been able to dodge the rule and that bar operators have cited difficulties in verifying photos of test results.

The new measure seemed to be a response to recent case clusters that were traced to bars and clubs, but there was little evidence to show the move could slow outbreaks, University of Hong Kong microbiology professor Siddharth Sridhar told Bloomberg.

On Tuesday, officials also said that if people test positive, home quarantine will only be an option if they have at least two bathrooms in their residence, to avoid the healthy and the infected sharing facilities.

Hong Kong is famous for its cramped living quarters, with more than 220,000 of its 7.4 million residents living in subdivided housing.

Lam on Friday extended an arrangement for Hong Kong teachers and students to take Covid-19 rapid tests daily, and demanded more testing for staff at care homes for the elderly.

Hong Kong has enjoyed a lull in cases for around two months, after a deadly Omicron wave earlier this year killed more than 9,000, mostly under-vaccinated elderly people in care homes.

Public health experts say Hong Kong’s next coronavirus wave may be less deadly because many residents acquired immunity through natural infection, and vaccination rates have improved.

The city has followed China’s zero-Covid strategy, in which virus outbreaks have been quashed with mass testing, social distancing and stringent border controls.

Everything We Know About the ABC Series