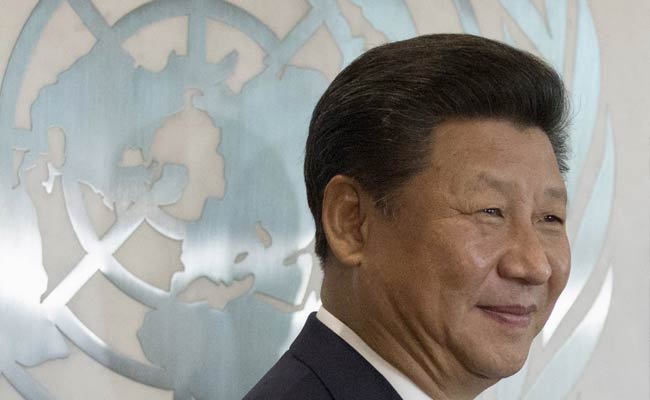 China refused to explain why it blocked the move. (Representational)

China on Friday defended its move to put a hold in the UN on a joint proposal by India and the US to list Pakistan-based top Lashkar-e-Taiba terrorist Abdul Rehman Makki as a global terrorist by the Security Council, saying that its actions were in accordance with the relevant procedures and rules.

India and the US had put a joint proposal to designate Makki as a global terrorist under the 1267 ISIL and Al Qaida Sanctions Committee of the UN Security Council but Beijing, a close ally of Pakistan, placed a hold on this proposal at the last minute.

“I would like to say that China opposes terrorism in all its manifestation and the actions we take in the 1267 committee in the UNSC always abide by relevant procedures and rules,” Chinese Foreign Ministry spokesman Wang Wenbin said when asked why China chose to put a hold on designating the known Pakistan-based terrorist.

“China will continue to carry out its work in a constructive and responsible attitude,” he said.

Asked to elaborate on his comments, especially on procedures and rules, Wang declined to go into details.

“I have already shared China’s position quite clearly. I won’t go back to that,” he said.

Protecting well-known terrorists from sanctioning will only undermine China’s credibility and “risk exposing” even itself more to the growing threat of terrorism, they said.

“This decision by China is extremely unfortunate given the overwhelming evidence against Makki. Moreover, it runs counter to China’s claims of combating terrorism,” said a source.

In Beijing, responding to another question about whether China’s stand to put a hold on the designation of the wanted terrorist will add to the growing list of issues causing discord between India and China, he said: “I have already elaborated China’s position and as to the China-India relations, our position is clear and consistent”.

“We hope that India and China can work together and promote the relations to be more sound and stable,” he said.

Earlier also, China has placed holds and blocks on bids by India and its allies to list Pakistan-based terrorists.

In May 2019, India had won a huge diplomatic win at the UN when the global body designated Pakistan-based Jaish-e-Mohammed chief Masood Azhar as a “global terrorist”, a decade after New Delhi had first approached the world body on the issue.

A veto-wielding permanent member of the UN Security Council, China was the sole hold-out in the 15-nation body on the bid to blacklist Azhar, blocking attempts by placing a “technical hold”.

In November 2010, the US Department of the Treasury had designated Makki as a Specially Designated Global Terrorist.

As a result of this designation, among other consequences, all property, and interests in property, of Makki that are subject to US jurisdiction are blocked, and US persons are generally prohibited from engaging in any transactions with Makki.

“In addition, it is a crime to knowingly provide, or attempt or conspire to provide, material support or resources to the Foreign Terrorist Organisation LeT,” the US said.

The US Department of State’s Rewards for Justice programme is offering a reward of up to USD 2 million for information on Makki. He has also played a role in raising funds for LeT operations.