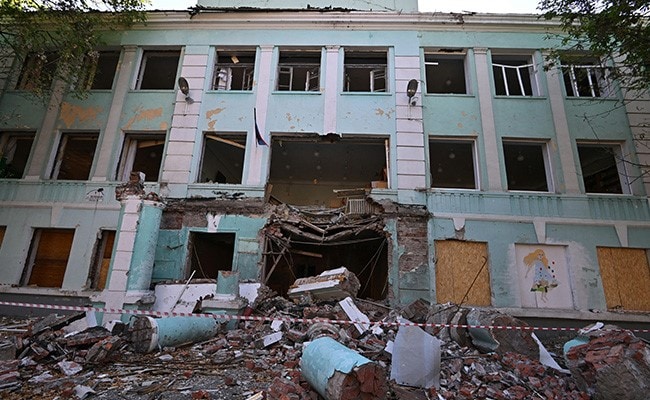 Russia-Ukraine War: Russian news agencies reported that the shelling targeted a cinema and a cafe.

Five civilians were killed and 12 injured in a Ukrainian bombardment of the eastern separatist city of Donetsk, local authorities said on Saturday.

“As a result of the bombardment by Ukrainian forces, five people were killed and 12 others were wounded in the Donetsk People’s Republic,” the local authorities said in a statement posted on Telegram.

Donetsk is the de facto capital of the self-proclaimed Donetsk republic, in the Donbas coal region located in eastern Ukraine.

Partially controlled by pro-Russian separatists since 2014, the region has been the subject of fierce fighting between Ukrainian and Russian forces who launched an offensive in Ukraine on February 24.

“From this morning, massive enemy bombardments are targeting the capital of the republic,” pro-Russian forces said in a statement, adding that more than 200 artillery shells of 155 mm calibre fell on several districts of Donetsk on Saturday.

Russian news agencies reported that the shelling targeted a cinema and a cafe in the city centre.